During the version 9 release, it was planned the Greenway Patient Portal would be integrated with Intergy EHR and Intergy Practice Management (PM) in the next version, version 10. Patients would be able to send messages from the patient portal to their providers on Intergy.

As a user, I would like to have all my communications from other practice users and patients to be in one easy to use location so I can complete my work efficiently.

The Intergy tasking system is used for interoffice tasking and messages. The tasks system existed in both Intergy EHR and Intergy PM. However, it used different terminology, displayed the information differently, displayed different information fields, and had different aesthetics between the two systems.

As a user, I would like my tasking system to be uniform across Intergy EHR and PM so I have one set of expectations for how to work a task or message.

Goals of the design:

Major challenges of this redesign: 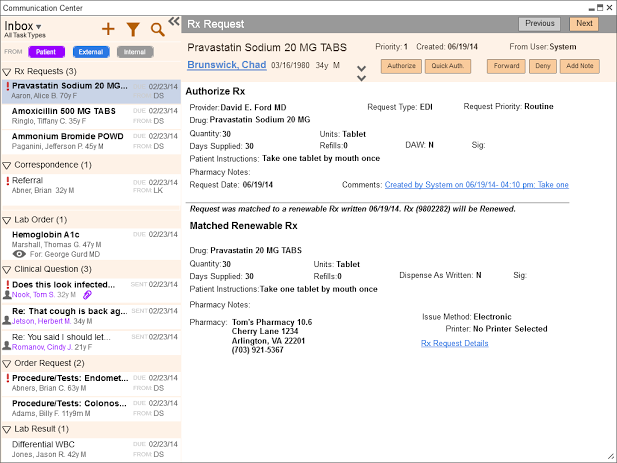 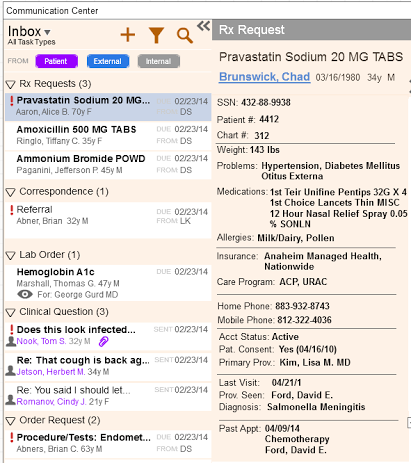 Completed software in Version 9.20. (Shown in EHR, but identical in both systems)

The design was taken through many iterations in response to PM needs, multiple focus groups, developer and time limitations, and one-on-one usability testing.

Usability updates were added in version 10.0, in response to issues that arose after the version had been in the field for a while.